A distinction should also be made here between „public cloud“ and „private cloud“ – whereby the „public cloud“ with providers such as Dropbox and Co. is the much more widespread alternative. We will explain the exact difference later. Probably the greatest advantage of the cloud – let us anticipate this – is that you can access the stored data at any time, from any device and from any location. Provided you have a working Internet connection.

What are the functions of the cloud?

As mentioned above: The abstract term „cloud“ describes the execution of programs that are not installed locally. The best known representatives of cloud applications are applications for storing, sharing or moving data. The basic functions of a cloud are therefore

The use of the cloud is usually uncomplicated, it runs on all end devices without additional hardware, even additional software is often not absolutely necessary – for many services, just one registration in the online interface is sufficient.

Data security: How secure is my data in the cloud? 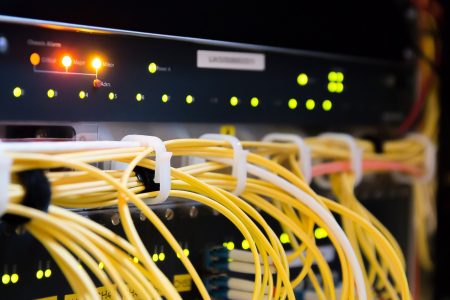 According to Statista, 54% of the companies surveyed said they were already working with cloud services in 2015, and the trend is rising. For respondents, the main argument against cloud services is doubts about data security.

But are these doubts justified? At first glance: Yes – none of the cloud providers tested by Stiftung Warentest was able to convince in 2013. But a second look reveals that a lot has happened in the cloud since 2013. For example, unlike in the past, data is usually transferred in encrypted form today.

If you stick with larger, trusted providers, you almost don’t have to worry about data security in the cloud anymore. If you want to be on the safe side in terms of data protection, choose one of the established German providers – then your own data is guaranteed to be stored only in Germany and in compliance with the data protection guidelines. Experience has shown, however, that there are hardly any problems here with American providers either, so the decision as to whether to choose a German or American provider is more a decision based on feeling.
The cloud for companies – advantages and disadvantages

As already mentioned: 54% of the more than 400 companies surveyed already use cloud solutions. In 2011, the figure was only 28% – so the cloud is also becoming increasingly popular among companies.

Another question that often arises for companies is the question of costs. For example, 22% of the companies surveyed by statista stated that one reason for not using the cloud is the high cost of the respective services. These concerns – as well as security concerns – are often „yesterday’s news“. For example, most providers offer a certain amount of data free of charge, while „Dropbox Business“, for example, offers unlimited storage space for just 10 euros a month for those who need more.

Where demand grows, supply often also grows – as is the case with cloud service providers. We briefly introduce the best-known – and secure – cloud providers and compare them with each other. First of all: The cloud services presented here offer both a free and a paid model. For companies of a certain size, it is a good idea to opt for the chargeable model, but even a later upgrade is no problem.

In the following are some providers on the market, if you want a complete list check out Digitalnibbles.com.

Dropbox is probably the best-known cloud service provider and should already be familiar to some. Here, the user only gets two gigabytes of free storage space – quite a bit in comparison, but often enough for private use.

The use is simple: Dropbox runs either in the online interface or with the free Dropbox software. In both versions, data can be uploaded and downloaded using simple buttons or drag & drop.

Users also only need to worry a little about security: For data transfer, Dropbox works with TLS encryption; if desired, a two-factor authentication can even be set up when logging in. Data protectors can only fold their foreheads with regard to the server location: The Dropbox servers are located in the USA, which means that they comply with American data protection laws.

Google Drive is also very well known and popular. The user gets 15 GB of storage space for free – 100 GB can be booked for 1.99 Euro per month, 1TB storage space for just under 10 Euro. Price-wise both offerers do not take themselves thus much.

In order to use Drive, only a free Google account is needed. Then Google offers however directly the full program: Drive can be synchronized with all Google services, for example Google Docs, Google photos or Google tables – a Rundumpaket, how it cannot offer competition so far.

Security concerns can also be kept comparatively low: Google Drive complies with European security standards and SSL encrypts uploads and page views. This means that third parties cannot view their data. However, the location of the Google servers is secret, so they don’t know where their data is. Google Drive is therefore relatively secure.

iCloud: The Cloud for Apple Users

The iCloud is especially handy for Apple home users: 5GB of free storage automatically downloads photos created with Apple devices to the cloud.

However, the iCloud is only recommended to a limited extent for companies – not only because it requires that all employees use Apple products, but also because of existing gaps in data security.

Although the data is stored encrypted on the company’s servers, Apple itself has the keys and therefore access to the stored data. In the (hopefully unlikely) event of a court order, all user data can be shared.

If you want to rely on a German company for data protection reasons, the MagentaCloud from Telekom is the right choice for you. 10 GB of storage space is available here free of charge, for Telekom customers it is even 25 GB. Although Telekom cannot keep up with costs, an additional 100 GB for just under 10 euros does not necessarily exceed the budget.

The prerequisite for the MagentaCloud is a free Telekom e-mail address – or an existing customer account. The software for Windows and IOS, as well as Android and iPhone apps are available for free download.

Probably the biggest advantage of Telekom’s MagentaCloud is that the data is treated in accordance with German data protection law. Here, too, the data is transmitted in encrypted form, and the security of the Telekom Cloud has even been confirmed by TÜV.

Private Cloud Solutions as an Alternative for Enterprises

A private cloud solution is particularly suitable for companies with data protection concerns. The essential difference to the „public cloud solutions“ described above is that no third-party provider comes into play. So the data remains in the company, only employees can access it – so private clouds are ahead of public solutions at first glance when it comes to IT security.

A NAS system is the ideal hardware for the private cloud. This is integrated into the company network. Access can then be set up there via port sharing or FTP. Of course, external access to a network creates security gaps that should be kept as small as possible, for example with higher ports or additional encryption.

The only „problem“ that often arises with private cloud solutions is changing IP addresses. However, tools such as DynDNS can be used to remedy this – some NAS systems even provide DynDNS services by default. Anyone who pays attention to „web server“, „web access“ or „MyCloud“ functions when buying is definitely on the safe side and should not have any problems setting up a private cloud.

All in all, it can be said that if you rely on the established providers and are prepared to pay a few euros a month for it, you can also use a cloud solution as a company without hesitation. The advantages of the cloud are undisputed and clearly predominate. This is the only tip we would like to give you: At best, inform yourself beforehand and then decide on a cloud provider that you can stay with, unless the circumstances require a change. While an upgrade will virtually never lead to problems, a change of provider can be much more complicated.

If you want to play it safe in terms of data protection, you should consider a private cloud solution. In the exone shop you will find the necessary NAS systems – if you have any questions or problems, we will be happy to advise you at any time.