Advertising tracking is possible without violating the privacy of the user, argues the iPhone group – and proposes a new web standard. According to media reports, Apple wants to adopt the design of the current top model X for all price classes of the next iPhone generation.

Apple has introduced a new technology to enable the tracking of clicks on online advertising banners without violating the privacy of the user. It’s considered a „misunderstanding“ to equate web privacy with an ad-free web, the company’s WebKit team says.

Apple’s „Privacy Preserving Ad Click Attribution“ should make it possible for website operators to continue earning money through advertising, so that clicking on a banner and then purchasing the advertised product is remunerated accordingly. At the same time, however, it should be prevented that individual users are also tracked across several websites („cross-site tracking“) – as is often the case at present.

Apple has submitted the „Privacy Preserving Ad Click Attribution“ technology to the W3C Web Platform Incubator Community Group (WICG) as a new web standard. The technology is already integrated in the in-house browser Safari in a preliminary version (Technology Preview 82), it should then be introduced on all iPhones, iPads and Macs with upcoming operating system updates.

Apple has already declared war on tracking cookies in the Safari browser; they are either immediately blocked or automatically deleted after a few days. This will prevent longer-term advertising tracking and cross-page creation of user profiles, and similar measures are planned in Firefox. Or you can use Opera, which has an integrated VPN, read more at https://pc-sicherheit.net/. 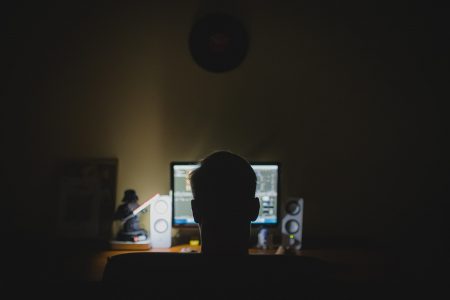 The developers responsible for the Safari WebKit substructure explain in a blog post that it is not necessary for page A to learn when the user buys something after clicking a banner on page B in order to measure the effectiveness of online advertising.

In order to prevent comprehensive tracking of banner clicks, only up to 64 advertising campaigns can be measured simultaneously, the WebKit team explains. This prevents long ad campaign IDs from being used to identify individual users. In addition, only websites that the user has called up himself may record the banner click in order to prevent tracking by third parties.

Apple’s technology is intended to prevent the misuse of cookies for the creation of user profiles and cross-site tracking.

The browser must ensure that the user’s data protection is maintained during advertising tracking by only delaying the transmission of data on banner clicks instead of transmitting them live and this is always done in a special private mode even though the user is surfing in normal mode.

If the private mode of the browser is actively selected, banner clicks are not evaluated at all, it continues. The browser manufacturer is also not allowed to know anything about the ad clicks, the recording only takes place locally on the user’s device.